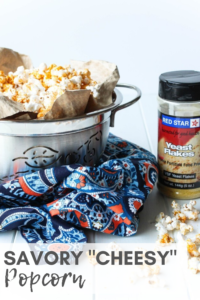 Switch up your snack routine with Savory “Cheesy” Popcorn!

Have you recently bought a new ingredient that is sitting in your pantry just because you really don’t know really how to use it? I bought nutritional yeast for one recipe and it’s been sitting in my pantry ever since.

Did you know… National Popcorn Day is January 19th? I wanted to celebrate with a delicious new popcorn recipe! Popcorn is one of my favorite snacks. Many people don’t realize, but popcorn is a whole grain. The white part that puffs up is the endosperm, the flakey part is the bran, and the part that usually gets stuck in your teeth is the germ.

Popping popcorn at home is very simple. Bonus – there is the flexibility to play around with different toppings.

What is nutritional yeast?

Nutritional yeast is made from a single-celled organism, Saccharomyces Cerevisiae, which is grown on molasses and then harvested, washed, and dried with heat to kill or “deactivate” it. Because it’s inactive, it doesn’t grow like baking yeast does so it has no leavening ability. Yeasts are members of the fungi family, like mushrooms. (source)

Sprinkle nutritional yeast on popcorn and call it a day, or add a few extra spices to kick it up a notch. I added salt, garlic powder, cayenne pepper, and smoked paprika for an overall savory flavor profile. 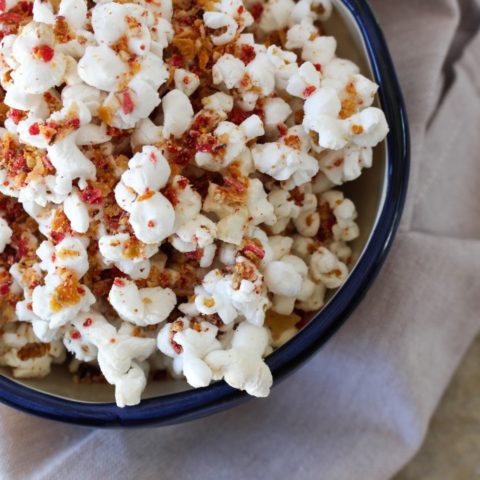 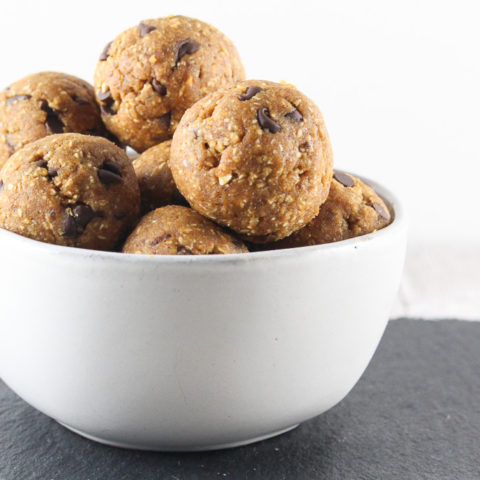 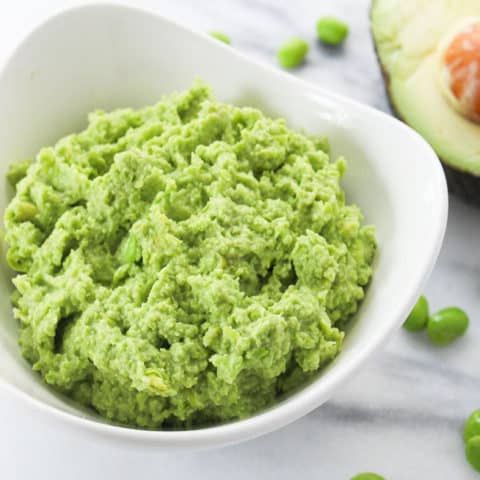