I know there are many variations of this recipe. I like to keep it really simple – let the minimal ingredients develop powerful flavors that marinate together. The ingredients of this recipe contribute 3 out of the 5 taste sensations.

So what are the 5 tastes you experience everyday when eating? 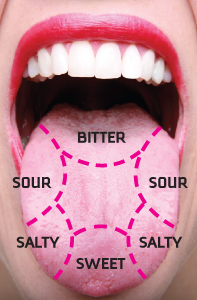 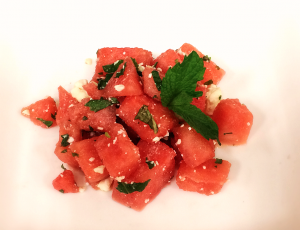 Light and Refreshing Summer Salad. This salty and sweet combo adds a new twist to watermelon. Bring it to your next BBQ! 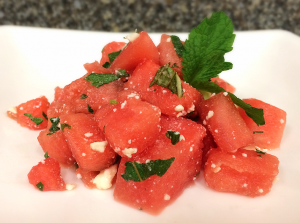