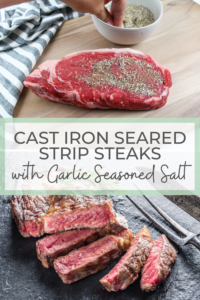 No grill, no problem! Learn how to perfectly cook steak in your cast iron skillet.

This post is sponsored by the New York Beef Council in collaboration for their first-ever #BeefTogether Virtual Steak Night. Thank you for supporting brands that make this blog possible!

I had the wonderful opportunity to participate in a virtual cooking class with the New York Beef Council to learn more cooking techniques to perfectly cook a steak on the cast iron skillet. I picked up a few new tips.

Lean beef can be part of a heart-healthy lifestyle and is a nutrient-dense food. Beef is a source of important nutrients such as protein, iron, and zinc. Iron carries oxygen to our brain and body and zinc boosts our immune system.

Intimidated by cooking steak at home? Don’t be! Plus, it doesn’t have to be complicated. Create a simple dry rub and grab your cast iron skillet. Simply follow these steps to create a delicious steak at home.

How to cook steak on a cast-iron skillet:

This cooking technique first sears the steak stovetop, then finishes the cooking process in the oven.

Preheat the oven to 425 degrees F. The cook time for medium-rare (145 degrees F) can range anywhere from 7-15 minutes of cook time in the oven. There are many variables that can cause such a range, like if the steak is cold vs. room temperature or the thickness of the steak.

Instead of basing the cooking on time, shift the focus of the cooking time depending on the internal temperature.

Allow the steak to come to room temperature – no longer than 30 minutes. Pat the steak dry with paper towels. This will promote more even browning and the rub to stick on better. Trim off excess fat, if desired. Rub seasoning blend on both sides evenly.

Place cast-iron skillet stovetop over high heat. Add 1-2 tablespoons of canola oil (or avocado oil) and allow to heat until shiny and glistening.
Note: Start the cooking process with oil as it has a higher smoke point than butter. If you want to add butter at the end, you can always baste it on top.

Using tongs, place the steak in the center of the pan. (Using tongs can help prevent any oil splattering on your hands.) Sear for about 1 minute, until a nice browned sear and the steak is easily able to move in the pan. If the steak is sticking to the pan, it’s not ready to be flipped. Don’t force it. Let it continue to cook then flip when ready and sear the other side.

Using oven mitts, transfer the steak in the cast-iron skillet into the oven. Cook for 7 minutes and take the temperature by placing the instant-read thermometer horizontally from the side so it penetrates into the thickest part of the steak.

For medium-rare, pull out of the oven when the thermometer reads 140 degrees, then allow to rest to factor in carryover cooking to reach an optimal temperature of 145 degrees F. Using tongs, remove steak from the pan onto a clean cutting board. Tent with aluminum foil and allow steak to rest 5-10 minutes.

Slice the steak across the grain and serve immediately. And most importantly, enjoy it!

When to use dry rubs:

How to properly temp a steak:

Insert an instant-read thermometer horizontally from the side so it penetrates the thickest part of the center of the steak.

For best quality, defrost beef in the refrigerator. (Never at room temperature!) Place the frozen package on a plate or tray to catch any juices.

For ½ to ¾ inch steaks, allow for approximately 12 hours to thaw in the refrigerator.

Where does the strip steak cut come from?

Strip steaks are cut from the short loin of a cow, which is located behind the rib area with the tenderloin.

What temperature should I cook the steak to?

What qualifies beef as “lean”?

Beef can only be claimed as “lean” if the cut of beef is less than 10 grams total fat, 4.5 grams or less saturated fat, and less than 95 milligrams of cholesterol per serving per 100 grams (about 3 ¾ ounces by weight).

What other ways can I use this Garlic Seasoned Salt? 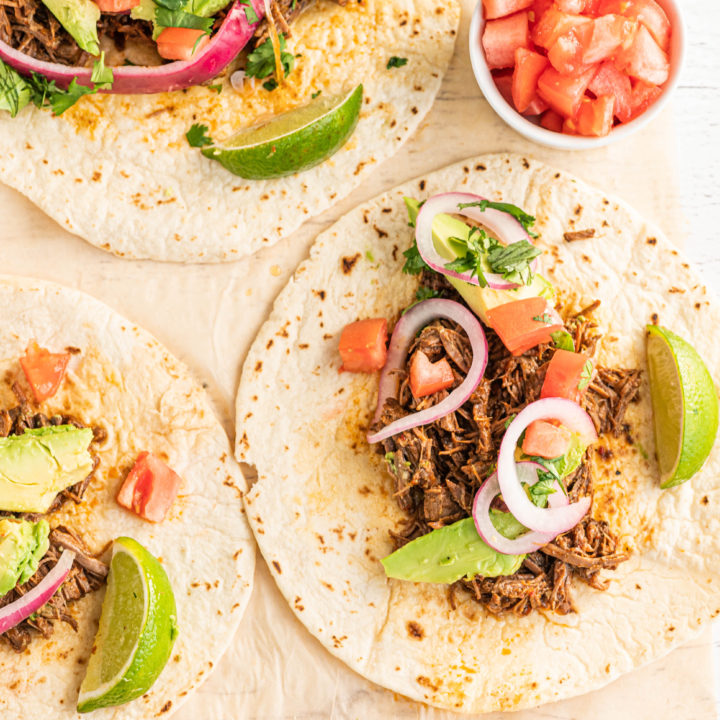 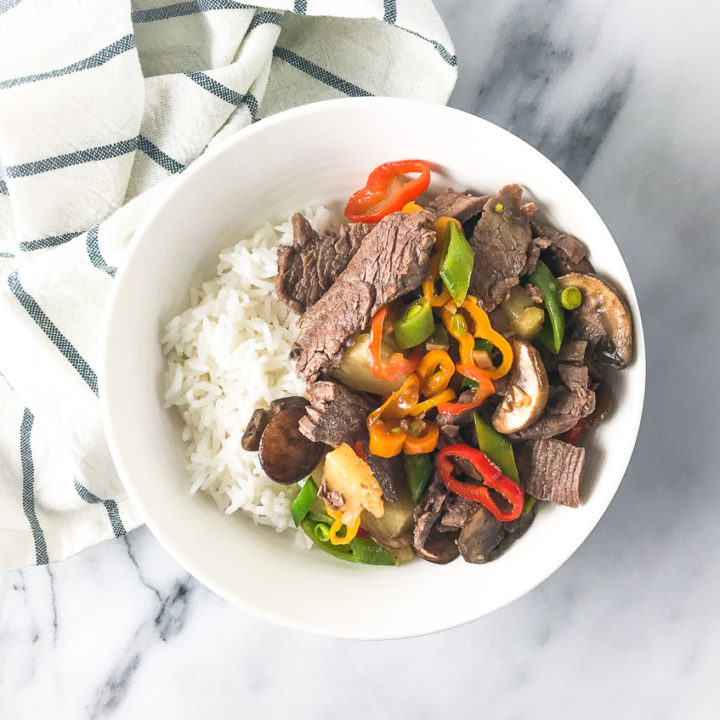 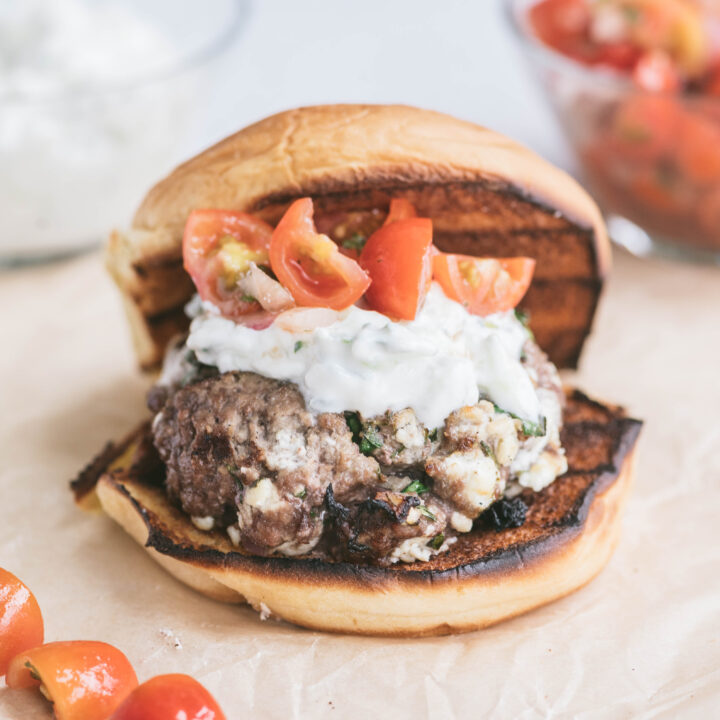